Design a site like this with WordPress.com
Get started

Picasso said, “Good artists borrow, great artists steal”. What did he mean by that? 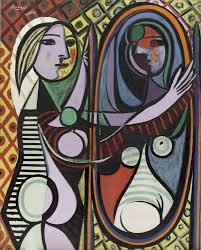 Last week, Laduma, a South African designer, sued Zara for a copycat design of his line with MaXhosa.

Zara is a Spanish brand who claims to run their business ethically. However, when conducting research for a blog post mentioning Zara’s ethical principles, I didn’t see anything that mentioned the borrowing or stealing of designs. Should that be part of the ethical framework a company abides by? Is it cultural appropriation for a Spanish brand to use a South African designed print on their accessories?
Back in 2015, a graffiti artist, Rime, sued Moschino for using his art without authorization. Is it cultural appropriation to use a Brooklyn-based graffiti artist’s art for an Italian luxury brand?

What is Cultural Appropriation?

I personally don’t think there’s anything wrong with admiring another culture by wearing a print or a hairstyle from that culture if the proper research is conducted to understand the tradition. If a company wants to use a particular cultural piece for mass production, they must seek the proper permission.

In Gucci’s FW18 runway show, they had predominately white models wearing traditional turbans originally worn by the Sikh. They even had a turban on top of a hijab (picture 3). @diet_prada suggested that they should have had Sikh models in their show or at least  have used fashion turbans instead.

I agree. If Gucci admired the Sikh turbans and wanted to implement them in the show, they should have conducted more research and used that research to showcase the Sikh culture. They should have consulted a Sikh person or two. It’s always better to ask than to assume. I’m interested to hear what Gucci’s response was. Why did they think this was a good idea and who authorized it?

Picasso is correct. Nothing seems to be original anymore. I often question whether originality and creativity are extinct. We see it in every industry; music, technology, fashion, even food. By the world’s definition of  ‘success’ or ‘greatness’, its about power and profit. If a popular brand steals something from a lesser-known brand and makes money off of it, then they are considered to be ‘great’ and ‘successful’ by the world’s standards. However, I believe that the world’s standards are changing. With the new generation, people are questioning brands about their ethics. People are advocating for other people. The underdog is slowly rising up and corporate wolves are being forced to change how they conduct business. It’s a beautiful sight.

I’m very interested in textiles because of the traditions behind the different patterns, weaving techniques, and color schemes. It’s more than just looking at it, thinking it’s pretty, and would look good on a potential Met Gala dress modeled by Kendall Jenner. We need to do better at preserving art and originality. This should be a part of the ethical framework of fashion houses and brands.

Photo by Kyle Johnson
My advice is that each fashion house/brand/corporation/organization/designer/whatever category needs to hire one person or a team (depending on the size of the organization) to be a cultural representative. This person or persons will conduct research into the potential culturally appropriate patterns or designs wishing to be used by the company and report how to properly use them, or who to seek permission from, or if they should even be used. This person or team will fall under the department of sustainable and ethical practices (a department each company should have). It’s far more important and cost-reducing to create a department for such matters.

Also, doctors, lawyers, government officials/workers, accountants, and HR workers have a responsibility and code of ethics within their different professions they must abide by. I think the fashion industry should have a code of ethics that every business should abide by as well. This should include environmental practices on raw materials and factories, empowering wages among all employees, safe working conditions and hours, no child labor, protection of artists and cultures, etc. I understand that we have a free market economy and that by creating a code of ethics to be followed by every fashion business, obstructs the business’ rights to conduct business without government interference, but its needed. Businesses have taken advantage of the free market system and now the world we live in is slowly dying, people are being exploited and treated unjustly, and the owners are keeping the wealth for themselves and their shareholders so it’s not benefiting the community or the overall economy.

What are your thoughts about 1. A Sustainability and Ethics department within every fashion company (I believe many are implementing something similar now) and 2. A code of ethics implemented by the government for each fashion company to abide by? Comment below.
Advertisement